A Sermon for 31 December 2017 – First Sunday of Christmas

A reading from the gospel of Luke 2:22-40.  Listen for God’s word to us in this reading of Jesus’ first weeks.

“When the time came for their purification according to the law of Moses, they brought him up to Jerusalem to present him to the Lord 23 (as it is written in the law of the Lord, “Every firstborn male shall be designated as holy to the Lord”), 24 and they offered a sacrifice according to what is stated in the law of the Lord, “a pair of turtledoves or two young pigeons.”  25 Now there was a man in Jerusalem whose name was Simeon; this man was righteous and devout, looking forward to the consolation of Israel, and the Holy Spirit rested on him.  26 It had been revealed to him by the Holy Spirit that he would not see death before he had seen the Lord’s Messiah.  27 Guided by the Spirit, Simeon came into the temple; and when the parents brought in the child Jesus, to do for him what was customary under the law, 28 Simeon took him in his arms and praised God, saying, 29 “Master, now you are dismissing your servant in peace, according to your word; 30 for my eyes have seen your salvation, 31which you have prepared in the presence of all peoples, 32 a light for revelation to the Gentiles and for glory to your people Israel.”  33 And the child’s father and mother were amazed at what was being said about him. 34 Then Simeon blessed them and said to his mother Mary, “This child is destined for the falling and the rising of many in Israel, and to be a sign that will be opposed 35 so that the inner thoughts of many will be revealed—and a sword will pierce your own soul too.”  36 There was also a prophet, Anna the daughter of Phanuel, of the tribe of Asher.  She was of a great age, having lived with her husband seven years after her marriage, 37 then as a widow to the age of eighty-four.  She never left the temple but worshiped there with fasting and prayer night and day.  38 At that moment she came, and began to praise God and to speak about the child to all who were looking for the redemption of Jerusalem.  39 When they had finished everything required by the law of the Lord, they returned to Galilee, to their own town of Nazareth.  40 The child grew and became strong, filled with wisdom; and the favor of God was upon him.”

This is the word of God for the people of God.  Thanks be to God!

The birth of a baby heralds hope!  Excitement fills the air!  A tiny, precious, helpless little one is born!  No one can resist the rejoicing; for, with this new life comes the chance for anything.  Press up close to the nursery window.  Scan the newborn crowd.  Look:  That may be the one to grow up to find the cure for cancer.  And her.  Perhaps she will move us closer toward world peace.  Oh, and how about that sweet one.  In this little darling lies the potential to do for the world whatever he desires.  . . .  Remember the last time you welcomed an infant into the world?  You stood there peering into that delicate, tiny face.  Saw the wee fingernails.  Felt the warmth of that little bundle.  In an instant, the child stole your heart away.  Oh, the birth of a baby resounds with rejoicing.  No matter the circumstances surrounding the child’s conception, whatever conditions will be this one’s reality; at least for a moment, all pause beholding the miracle.  We give thanks for such a perfect gift!

Today we give thanks for such a child.  The baby Jesus:  God come among us, putting on the flesh and bones of humanity, making a home with us in our circumstances – from the depths of despair to the pinnacles of praise.  Lying in that lowly manger is the infant God.  The teeny-tiny speck of light bursting into our darkness; the child given as our hope.  .He’s an ordinary little one with a future yet unknown to the world.  At the same time, he’s not quite an ordinary little one – unlike all the others.  Atypically, this one comes with a few instructions:  name him Jesus (which means literally he saves) for he will be the Savior of his people.  . . .  Don’t you wish you could get inside Mary’s mind?  What could she be thinking?  Every time she turns around, someone else is proclaiming her child’s greatness!  “He will be the Son of the Most High God,” announces the angel.  “And the Lord God will give to him the throne of his ancestor David.  He will reign over the house of Jacob forever, and of his kingdom there will be no end” (Luke 1:32-33).  Pride swells as Mary takes it all in.  She goes to visit her aging relative Elizabeth.  “Ho!  Blessed!  Blessed are you among women, and blessed is the fruit of your womb!  Leap for joy Mary; for within, you carry the miracle!” (Luke 1:42)  Face it – under such circumstances, there’s no way any of us could hold back a stunning smile. …   Sure, there’s no room in the inn.  The cave for the animals out back is all that’s available – which is far from the sterile walls of our delivery rooms.  But those shepherds:  “Good news.  Don’t be afraid.  Great joy for all people.  Born a Savior to you.  The long-awaited Messiah – God’s chosen one!  The LORD come to dwell among us!” (Luke 2:10-11).  Indeed, amazement fills the air!  “Born like every other baby is Mary’s little guy.  But certainly, unlike every other child.  Does she know?  The one she cradles at her breast is God’s Christ – the cure to creation’s ills!”  How can she contain herself?  Surrounded by all the hype, her heart had to race with great gladness!  At the shepherd’s declaration, the description from the gospel is that Mary:  “treasured all these words, pondering them in her heart.”  (Luke 2:19).

All this took place before she learned the hard lessons of motherhood.  The initial jubilation must have subsided a bit.  Some young mothers say, pretty much by the first night.  It’s coming.  For, son of the Most High or no, this kid’s diapers stink like rotting eggs, just as bad as the next.  And, of course, the angel didn’t mention the difficulties of breast feeding.  The 2am sleep interruptions.  What to do to stop the endless cry-fests.  After all:  the one Mary tends is the Word – the Word by which God declared in the beginning for all things to come into being.  The Word made flesh.  Powerful voice as all that, you gotta figure the kid’s got some lungs!  The greeting cards may portray an infant sweeter than the Gerber baby, but it’s quite possible that this one destined to shake things up through proclamation, probably began exercising his vocal cords at a wee age.  But before all that – before the truth of motherhood sank in, prior to Mary being taken over by the tiredness, she treasured every bit.  Riding the high of all the wonderful words regarding her precious package, clinging to the prophecies of greatness, Mary enters the Temple.  . . .  He’s the firstborn son.  And being devout Jews, Mary and Joseph desire to designate the infant as holy to the LORD.  It’s a big day for the family.  They probably primped him all pretty – the silky white gown, that sweet baby smell, little tufts of hair combed all smooth.  The precious child is paraded with humble pride.  You know how that is:  like when there’s a baptism.  It’s a big day.  The words ring in Mary’s mind:  “Greatness.  This child’s bound for greatness!”

In the Temple, the newlyweds are greeted by the righteous Simeon.  His whole life he’s been waiting – and you thought keeping your patience until Christmas so you could rip into those beautiful packages was tough!  Simeon has spent his life looking for the consolation of Israel.  He’s been awaiting restoration – perhaps expecting a return to Israel’s greatness.  His eyes have been scanning the scene, searching diligently for a bridge bringing the people back to God.  Then, at long last, he declares.  “my eyes see your salvation, Holy God!  Thanks be to You!”  As he praises, he takes the child in his arms.  “You, O LORD, have prepared in the presence of all peoples, a light for revelation to the Gentiles and for glory to your people Israel!” (Luke 2:30-32).  Can you imagine Mary and Joseph standing in absolute splendor?  Never have two parents bubbled with greater joy.  “That’s my boy!” Joseph’s smile beams.  Mary murmurs, “Our delightful son!”  Simeon turns, lowering his voice to say:  “Mary, this child is destined for the falling and rising of many in Israel” (Luke 2:34).  “Greatness!”  Her thoughts are all wrapped in greatness, when Simeon delivers the shocking blow.  He will be a sign that will be opposed, so the inner thoughts of many are revealed.  And Mary, poor Mary, your own soul will be pierced as well.

How can such happiness, such hope, such rejoicing be dashed on jagged rocks so quickly?  Like parents receiving the horrible news of in-utero complications.  What begins as a mother riding high on the wave of life, ends with a stricken soul.  Young Mary quickly learns the definition of greatness according to God. . . . Oh, if you only will hold on, dear Mary!  If only you too will keep watch for God’s salvation.  Then with Simeon and the angel and all disciples-yet-to-be, your own sorrow will be turned to dancing.  Indeed, this child’s birth heralds hope!  For in the blink of an eye, the father of the child will begin the revolution.  Through death – his death:  resurrection!

We too come with rejoicing.  Ecstatic about the precious package delivered a night so very long ago.  But the excitement of the birth is only half the story.  The sword that pierces Mary’s, pokes our souls as well.  Rejoice today, believers!  But remember:  the child we celebrate is the child that calls us all to follow.  Life’s not fun and games for him – pretty ribbons and bows.  He was born to be opposed.  Those who’d rather set up road blocks on the pathway to God – piling on requirements, defining greatness with words like status, wealth, privilege.  Ones who’d rather live for themselves will hunt down dear baby Jesus.  The darkness will try to snuff out the Light.  . . .  So shall it be with those who slip on Christ’s sandals, seeking to follow in his steps.  . . .  The road will be treacherous.  Faithfulness will require courage.  . . .  But look!  My eyes can see God’s salvation!  The Way, which the LORD has prepared, in the presence of all peoples!  Look:  just beyond the cross.  Can you see it?  Do you know?  It’s a tomb, a grave.  And it is empty!

Glory be to God!  The baby King lives today and evermore!

In the name of the life-giving Father, the life-redeeming Son, and the life-sustaining Spirit, Amen. 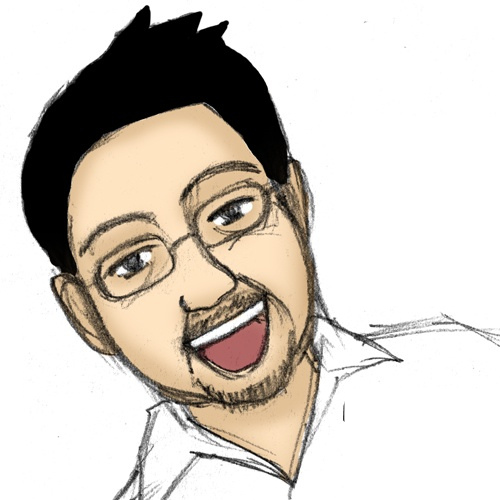